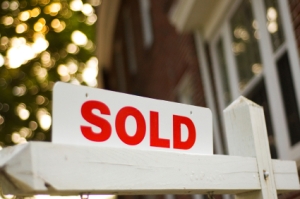 The Twin Cities housing market has found itself in a bit of a holding pattern in recent months, and July is no exception. The $175,000 median sales price was a 2.3 percent increase over July 2009. Pending sales in July were down 37.6 percent compared to last year, which is certainly less than ideal but expected. Due to weakened buyer demand, inventory grew modestly to 27,249 active listings, an increase of 5.4 percent over last year.

Demand has stabilized and should slowly return in the coming months. We hope that it returns to the market before prices have a chance to respond to the growing inventory.

There were 3,226 signed purchase agreements in July, a decrease of 1,948 contracts from last July. Seller activity also slowed, with 6,926 new properties coming onto the market.

All active listings experienced a minor spike. The supply-demand ratio increased 63.5 percent to 8.64, primarily due to declining demand and not a surplus of new product. This means that there are about 8.6 homes available per buyer for August.

Although the tax credit ended over three months ago, its negative externalities are finally beginning to pass. March and April enjoyed a big boost in sales performance at the cost of May, June, July, and most likely several additional months.

The economy is currently driving the housing market and not vice versa. The housing sector once generated corresponding construction, manufacturing and other jobs which in turn fueled economic growth. That hasn’t been the case of late.

For the week ending July 31, New Listings in the Twin Cities region were down 4.3 percent from last year, with 1,566 new properties coming onto the market. Pending Sales were down 34.3 percent from a year ago, as 651 purchase agreements were signed.

Over the last three months, there have been 13.4 fewer new listings than there were during the same period a year ago and 38.7 percent fewer pendings. This means increasing inventory. There were 27,627 Active Listings for Sale as of August 9, up 6.6 percent from the same point in 2009.

The growth in inventory, combined with slowed sales demand, means that the number of homes available per buyer in August has jumped to 8.64, up dramatically from the mark of 5.28 seen a year ago.